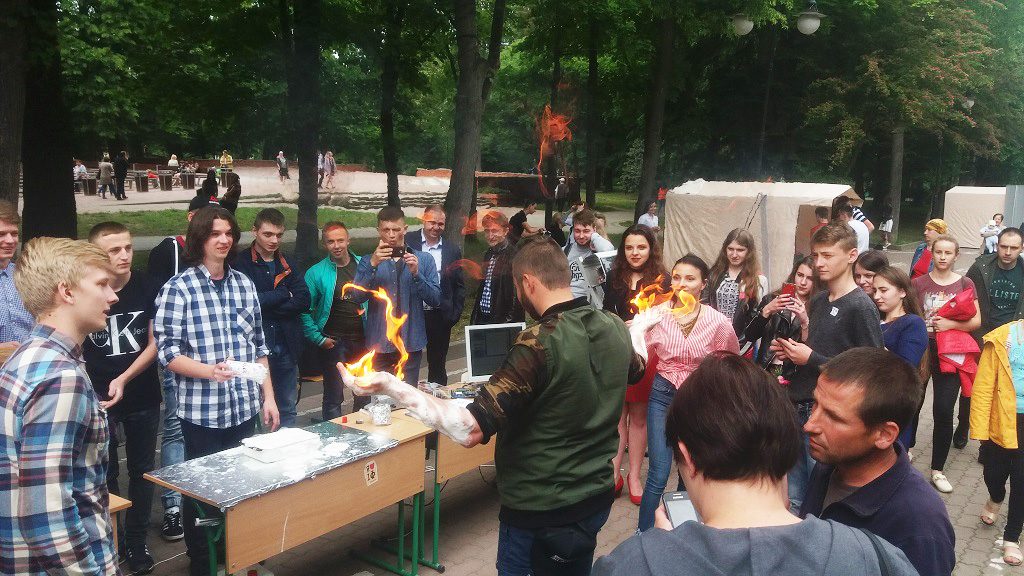 The exhibitions of the Faculty of Physics and Technology presented a number of interesting physical experiments, including: Maxwell’s pendulum, Newton’s balls, two- and three-stage gyroscopes, demonstration of molecular interaction of two lead cylinders, a “burning hryvnia”, a candle explosion and Sheniel volcano.

The work of thermoelectric generator was demonstrated.

Technical novelties were also shown, such as:

– prototype of “Smart home” based on the platform “Arduino”;
-designed and manufactured character-character;
– development fee of Atmel STK 500;

Next to them was a demonstration of application tasks on programmable logic integrated circuits (FPGAs) from Xilinx and programmable crystal systems (PSNCs) by Cypress.

Viewers watched and actively participated in the demonstration experiments and expositions. 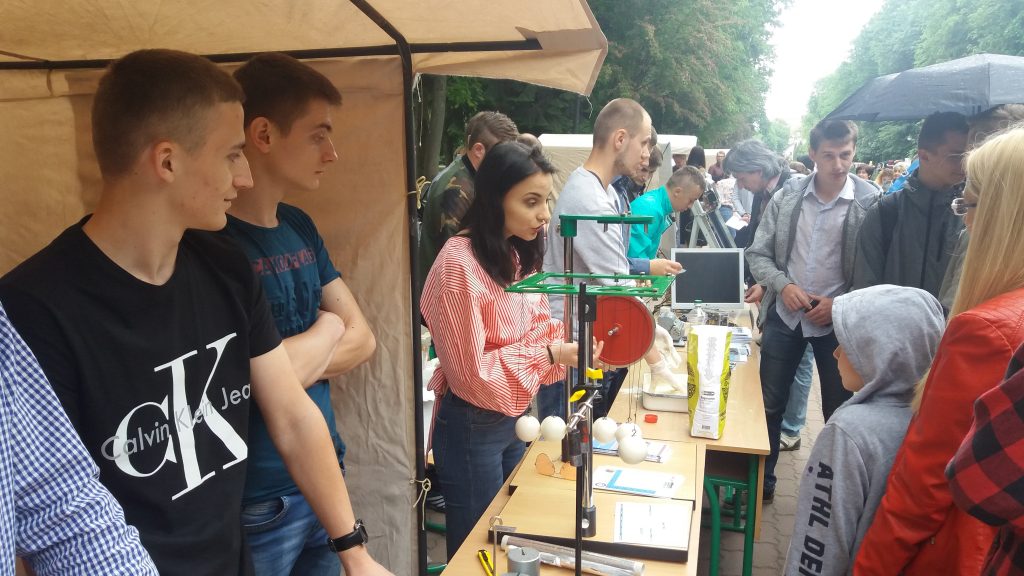 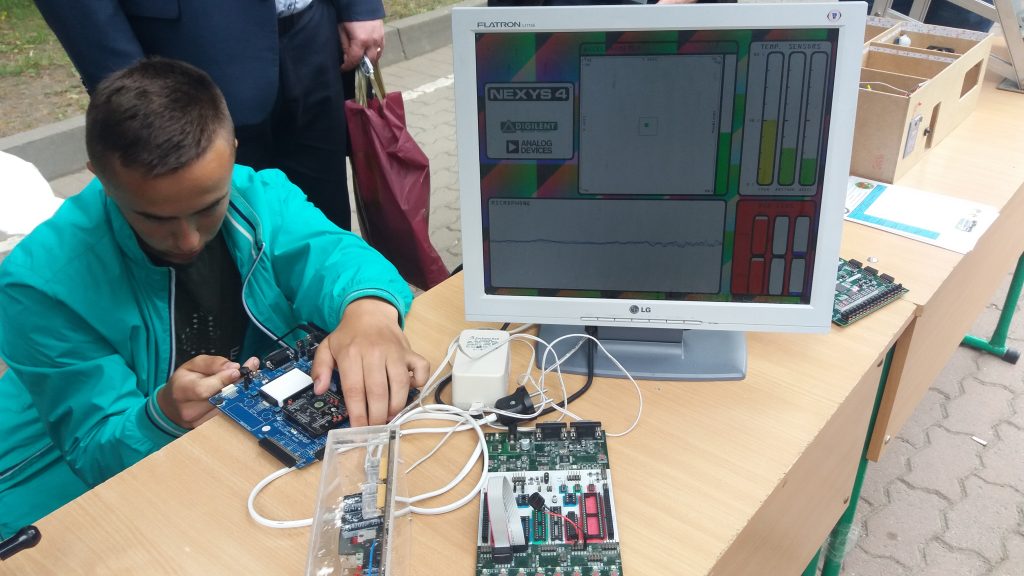 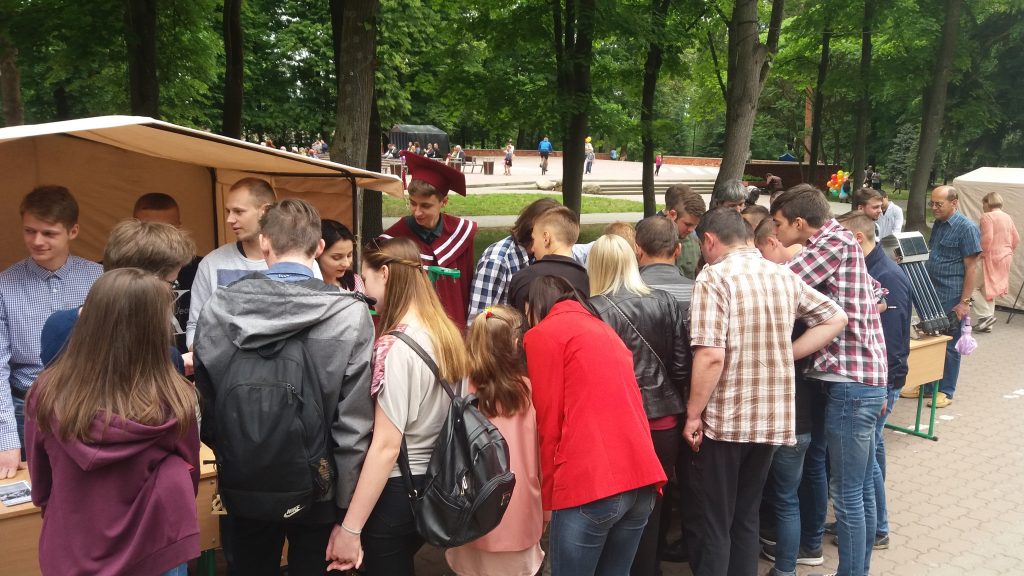